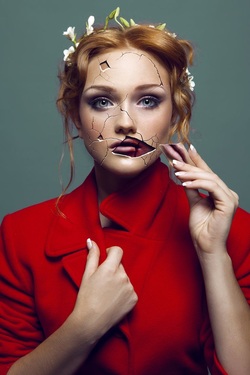 South Africa has one of the highest incidences of domestic violence in the world. And, sadly, domestic violence is the most common and widespread human rights abuse in South Africa. Every day, women are murdered, physically and sexually assaulted, threatened and humiliated by their partners, within their own homes. Organisations estimate that one out of every six woman in South Africa is regularly assaulted by her partner. In at least 46 per cent of cases, the men involved also abuse the children living with the woman.

Although the exact percentages are disputed, there is a large body of cross-cultural evidence that women are subjected to domestic violence significantly more than men.In addition, there is broad consensus that women are more often subjected to severe forms of abuse and are more likely to be injured by an abusive partner. Determining how many instances of domestic violence actually involve male victims is difficult. Some studies have shown that women who assault their male partners are more likely to avoid arrest even when the male victim contacts the police.Another study concluded that female perpetrators are viewed by law enforcement as the victims rather than the actual offenders of violence against men.Other studies have also demonstrated a high degree of community acceptance of aggression against men by women.

Domestic violence is a pattern of abusive behaviour that transgresses the right of citizens to be free from violence. When one partner in a relationship harms the other to obtain or maintain power and control over them, regardless of whether they are married or unmarried, living together or apart, that is domestic violence. The ‘harm’ can take a variety of forms, whether it be from verbal abuse like shouting, emotional abuse like manipulation, control and/or humiliation, physical abuse like hitting and/or punching, and/or sexual abuse like rape and/or inappropriate touching of either the woman or her children.

Domestic violence can take a variety of forms and generally includes the following acts:

Any act or threat of physical violence intended to cause physical pain, injury, suffering or bodily harm. Physical abuse can include hitting, slapping, punching, choking, pushing and any other type of contact that results in physical injury to the victim. Physical abuse can also include behaviours such as denying the victim medical care when needed, depriving the victim of sleep or other functions necessary to live, or forcing the victim to engage in drug/alcohol use against his/her will.It can also include inflicting physical injury onto other targets, such as children or pets, in order to cause psychological harm to the victim.

Any conduct that abuses, humiliates, degrades or otherwise violates the sexual integrity of the victim. Sexual abuse is any situation in which force or threat is used to obtain participation in unwanted sexual activity. Coercing a person to engage in sexual activity against their will, even if that person is a spouse or intimate partner with whom consensual sex has occurred previously, is an act of aggression and violence.

Sexual violence is defined by the World Health Organization as: any sexual act, attempt to obtain a sexual act, unwanted sexual comments or advances, or acts to traffic, or otherwise directed, against a person’s sexuality using coercion, by any person regardless of their relationship to the victim, in any setting, including but not limited to home and work.

Marital rape, also known as spousal rape, is non-consensual sex in which the perpetrator is the victim’s spouse. As such, it is a form of partner rape, and amounts to domestic violence and sexual abuse. Marital rape has been described as one of the most serious violations of a women’s bodily integrity and yet it is a term that many people still have a problem comprehending, with some still describing it as a ‘contradiction in terms’.

Usually a pattern of degrading or humiliating conduct towards the victim privately or publicly, including repeated insults, ridicule, name calling and/or repeated threats to cause emotional pain; or the repeated exhibition of obsessive possessiveness or jealousy, which is such as to constitute a serious invasion of the victim’s privacy, liberty, integrity and/or security.

Other acts that fall under emotional abuse include controlling what the victim can and cannot do, withholding information from the victim, deliberately doing something to make the victim feel diminished or embarrassed, isolating the victim from friends and family, implicitly blackmailing the victim by harming others when the victim expresses independence or happiness, and denying the victim access to money or other basic resources and necessities.

Emotional abuse includes conflicting actions or statements that are designed to confuse and create insecurity in the victim. These behaviours lead victims to question themselves, causing them to believe that they are making up the abuse or that the abuse is their fault.

Emotional abuse also includes forceful efforts to isolate the victim, to keep them from contacting friends or family. This is intended to eliminate those who might try to help the victim leave the relationship and to create a lack of resources for the victim to rely on if they were to leave. Isolation eventually damages the victim’s sense of internal strength, leaving them feeling helpless and unable to escape from the situation. Women and men undergoing emotional abuse often suffer from depression, which puts them at increased risk for suicide,eating disorders, and drug and alcohol abuse.

Economic abuse may involve preventing a victim from resource acquisition, limiting the amount of resources available to him/her, or exploiting the victim’s economic resources.The motive behind preventing a victim from acquiring resources is to diminish his/her capacity to support him/herself, thus forcing the victim to depend on the perpetrator financially. In this way, the perpetrator can prevent the victim from obtaining education, finding employment, maintaining or advancing a career and acquiring assets. The abuser may also put the victim on an allowance and closely monitor how he/she spends money. Sometimes the abuser will spend the victim’s money without his/her consent and create debt, or even completely spend the victim’s savings to limit available resources.

Uttering or conveying a threat, or causing a victim to receive a threat, which induces fear. The abuser may use a variety of intimidation tactics designed to scare the victim into submission. Such tactics may include smashing things in front of the victim, destroying property, hurting the victim’s pets or showing off a weapon. The clear message is that if the victim doesn’t obey, there might be violent consequences.

Engaging in a pattern of conduct that induces a fear of harm in the victim, including repeatedly watching the victim; loitering outside of or near the building/place where the victim resides, works, carries out business, studies or happens to be; repeatedly making telephone calls or inducing another person to make telephone calls to the victim, whether or not conversation ensues; repeatedly sending, delivering or causing the delivery of letters, emails, texts, packages or other objects to the victim.

There is no real legal definition of stalking. Neither is there any specific legislation to address this behaviour. The term is used to define a particular kind of harassment. Generally, it refers to a long-term pattern of persistent and repetitive contact with, or attempts to contact, a particular victim.

Examples of the types of conduct often associated with stalking include: direct communication; physical following; indirect contact through friends, work colleagues, family or technology (email or SMS); and other intrusions into the victim’s privacy. The abuse may also take place on social networks like Facebook, on-line forums, Twitter, instant messaging, SMS, BBM or via chat software. The stalker may use websites to post offensive material, create fake profiles or even make a dedicated website about the victim.


Any conduct that harms, or may cause imminent harm to, the safety, health or well being of the victim. ‘Imminent harm’ includes situations where:

A protection order, also called a restraining order or domestic violence interdict, is a court order that tells an abuser to stop the abuse and sets certain conditions preventing the abuser from harassing or abusing the victim again. It may also help ensure that the abuser continues to pay rent or a bond or interim maintenance. The protection order may also prevent the abuser from getting help from any other person to commit abusive acts.

FAMSA has offices nationwide and gives counselling to the abused and their families. To find your nearest FAMSA branch, call 011 975 7101, email national@famsa.org.za or visit their website www.famsa.org.za.

Rape Crisis offers free confidential counselling to people who have been raped or sexually assaulted. Call 011 642 4345.

Steps to obtain a protection order:

Apply for a protection order at a Magistrates Court nearest to where you live and work, at any time, during and outside court hours as well as on public holidays or weekends.

The application must be made by way of an affidavit which states the:


Where the application is brought on behalf of a complainant by another person, the affidavit must state the: