Can I Sue the Grandparents for Child Maintenance? 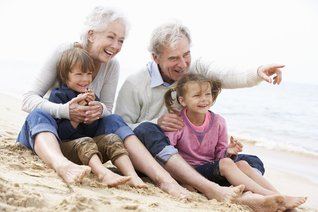 The grandparents’ duty of support was not too long ago considered by the Western Cape Division of the High Court in N v B case no 6573/14. The case involved a maintenance officer’s directive that sought to keep a grandparent liable for maintenance in the absence of a prior maintenance order against the minor child’s parent.

It is trite that being a parent instantly gives rise to the parental obligation to maintain children . It is a common law duty which starts on the child’s birth and in regard of which, both parents are duty-bound to maintain their own children pro-rata and in accordance to their individual means. This duty has been included in s 15(3)(a) of the Maintenance Act 99 of 1998 (the Act), which provides the following:

(3)(a) Without derogating from the law relating to the support of children, the maintenance court shall, in determining the amount to be paid as maintenance in respect of a child, take into consideration –

(i) that the duty of supporting a child is an obligation which the parents have incurred jointly;

(ii) that the parents’ respective shares of such obligation are apportioned between them according to their respective means; and

(iii) that the duty exists, irrespective of whether a child is born in or out of wedlock or is born of a first or subsequent marriage.

In terms of the common law, the obligation of support is founded on notions of ‘piety or affection’, arising by reason of respect or out of fairness and the affection of a blood relationship and for natural reasons. The common law duty of support is moreover based on the concept that family ties involve responsibilities.

As identified in s 15(3)(a) of the Act, it is moreover trite that a parent’s duty to support develops, despite whether the child is born in or out of wedlock, and it subsists up until the child turns out to be self-supporting, regardless of the child’s attainment of the age of majority. Nevertheless, a major child is not entitled to support on as generous a scale as a minor child of the same parent and the onus will rest on the child to demonstrate their maintenance requirements.

When a parent passes away, this primary responsibility to maintain the child will not end or be extinguished, but will rather lie against the estate of the deceased parent . Where a deceased parent’s estate is inadequate to cover the child’s support, or if there is no estate leftover to meet the maintenance requirements of the child, the duty to support will be expanded to the child’s maternal and paternal grandparents jointly.

The common law recognises a hierarchical responsibility of support. The hierarchy of the duty of support lies with the grandparents, and failing them, great-grandparents in that ascending order prior to considering relatives in the collateral line such as brothers and sisters.  Failing parents, grandparents are jointly liable to maintain grandchildren. If father and mother are lacking or are needy, the burden of maintaining grandchildren and other further descendants has been laid by the Civil law on the paternal and maternal grandfather and the rest of the ascendants; with the reservation that much is left to the discretion of the judge. It follows from this that by the customs of today the giving of maintenance to needy grandchildren, just as it is deemed a common burden on father and mother, so also is the burden deemed to be common to grandfather and grandmother.

In the case of Barnes v Union and South West Africa Insurance Co Ltd 1977 (3) SA 502 (E) the court confirmed that there is an ‘order of priority’ and that if parents are not able to maintain their children, the duty to support falls on paternal and maternal grandparents. In Petersen v Maintenance officer, Simon’s Town Maintenance Court and Others 2004 (2) SA 56 (C), the court recognized that paternal grandparents have actually a duty of support towards a grandchild regardless whether the child were born out of wedlock.

These cases relating to the grandparents’ duty to support are consistent with the Supreme Court of Appeal’s (SCA) case of FS v JJ and Another 2011 (3) SA 126 (SCA). In that case the SCA in essence determined that a parent’s rights and responsibilities ‘outrank’ those of grandparents and on that basis, it overruled a ‘care order’ that had been issued in the grandparent’s favour.

Apart from the child becoming self-supporting as previously mentioned, the duty to support is only terminated:


It is obvious from the above that there is no presumption with regards to the maintenance needs of the claimant, nor is there one relating the defendant’s means to support. This justifies the legislative scheme of the Act and regulations, which of necessity facilitate and empower the maintenance officer to issue reg 3(1) directives to  investigate or inquire into aspects of the –

(a) maintenance needs of the claimant on the one hand; and on the other

(b) the maintenance obligations and means of the defendant.

A maintenance officer may, in investigating a complaint and with due consideration to expediting the investigation of that complaint, direct the complainant and the person against whom a maintenance order may be or was made to –

(a) appear on a specific time and date before him or her; and

(b) produce to him or her on the date of appearance information relating to the complaint and documentary proof of the information, if applicable.

The regulation thus unmistakably confers a discretion on the maintenance officer, that allows him or her to investigate a maintenance complaint. Therefore, ‘information relating to the complaint’ always includes evidence refuting maintenance accountability. In the framework of the hierarchy of the duty of support, such evidence will for instance include a grandparent’s proof absolving them from paying maintenance on the basis that a maintenance order could first be sought against a parent or that the parent has means to support.