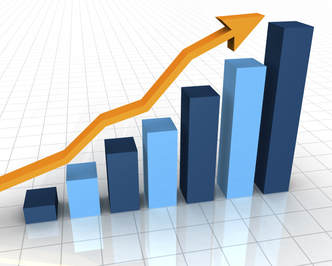 It is noted that a higher proportion of husbands (26,5%) and wives (29,7%) did not specify the type of occupation they were engaged in at the time of divorce. In addition, 17,4% and 24,3% of husbands and wives respectively were not economically  active at the time of  divorce. Most male divorcees were employed in services occupations 3 360 (14,2%)  while female divorcees were largely in professional, semi-professional and technical occupations
3 327 (14,0%).

The provincial distribution indicates that Gauteng (6 318), Western Cape (6 108), KwaZulu-Natal (4 033) and Eastern Cape (3 137) were the provinces with the highest number of divorces granted. Together the four provinces contributed 82,6% of the divorces granted in 2019.  However,  this could also be due to the fact that these provinces have the largest populations.

Number of divorces by way of solemnisation  of marriage

Age at the time of divorce

Duration of marriage of divorcing couples and population group

This  statistical  release  provides  information  on civil and customary  marriages,  civil unions  and divorces  for 2019, based on data from the South African national marriage registration systems of the Department of Home Affairs (DHA) and data of divorces granted by the Department of Justice and Constitutional  Development. In total, 129 597 civil marriages were registered in South Africa in 2019, with more than half 75 519 (58,3%) being solemnised by DHA marriage officers. The highest number of civil marriages was registered in Gauteng (32 352), followed by KwaZulu-Natal (21 753) and Western Cape (16 783), and the lowest was registered in Northern Cape (3 692).  The majority  of  civil marriages in 2019 for  both bridegrooms  (105 163)  and brides (111 464) were first time marriages, with women generally entering into marriage at younger ages than men do.

With regard to divorces, the data showed that 23 710 divorces were granted in 2019. Generally, there was an increase in the proportion of divorces for black Africans and a decline for the white population group. Divorces were mainly from people who had married for the first time. There were more wives than husbands who filed the divorce, with husbands generally  getting divorced at a later age than wives. The provincial distribution shows that  Gauteng  (6 318),  Western  Cape  (6 108),  KwaZulu-Natal  (4 033)  and  Eastern  Cape  (3 137)  were  the provinces with the highest number of divorces granted. In 2019, about 22 084 children aged less than 18 years were affected by divorces that took place.

Overall, the information provided in this release showed fluctuations over time in the number of marriages and divorces and an increasing trend on civil unions in the country. Areas of improvement in the quality of data were noted, particularly relating to completeness of information pertaining to unspecified province of registration, way of  solemnisation  and  marital  status  at  time  of  marriage  for  the  data  on  marriages  and  civil  unions;  and unspecified population group and occupation of the divorcees.

​Below are the statistics since 2008: