What is Sexual Abuse? 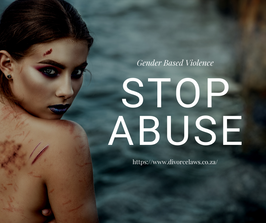 What is sexual abuse?

Sexual abuse is an act of violence which the assailant utilizes against somebody they see as weaker than them. It does not come from an uncontrollable sex drive, however is a crime committed intentionally with the objective of controlling and humiliating the victim.

Many victims of sexual violence are women – a reality that reflects their social stance even today, in the 21st century, as substandard to men. Sexual violence is another means of oppressing women in a patriarchal society.

Sexual violence is a social phenomenon that prevails in every society that accepts aggressive behavior and gender inequality. Plenty of women turn to the rape crisis centers for assistance after an assault, and the data show that 1 in 3 women will be sexually abused throughout their lifetime.

Sexual abuse is any kind of compelled or unwanted sexual activity. The perpetrator of sexual abuse may possibly use physical force, make threats or take advantage of a person not capable to give consent.

Sexual abuse mainly takes place between people who know each other and can happen in the framework of domestic violence.

Sexual abuse has influences on a person’s physical and emotional health. It can contribute to long-term mental health issues, such as anxiousness and post-traumatic stress disorder.


Types of Sexual Harassment
​
Consent is crucial to balanced sexual experiences. You should have sex with consent. Do not force your partner into having sex or performing sexual acts they do not accept to.