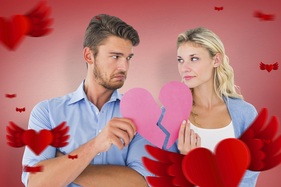 The following are the ten most commonly cited reasons, drawn from various records, and in no particular order.

Differences in priorities
A difference in priorities, which a lot of men and women discuss and anticipate prior to their marriage, can become major issues at a later stage.

Parental responsibilities
It often happens that spouses aren’t able to constructively co-parent their children. Differing ideas on how to raise children commonly cause rifts in a marriage. They may have different approaches to discipline, with one parent taking the hard-line while the other goes for a softer approach. This can lead to the children favouring the one parent over the other, forming two camps, and creating tension and resentment in the marriage.

Finances
When times are tough, marriages take strain. Married couples, whether happy or not, may disagree about certain financial issues, which if not resolved can put undue stress on their relationship.

Sexual incompatibility
Men and women differ emotionally, mentally and sexually. Things change as the marriage progresses, i.e. children are born, health challenges arise and careers change. All these things can impact a couple’s sexual relationship. If a spouse is not being physically fulfilled, he/she will look elsewhere. In most cases, sexual dissatisfaction will result in divorce.

Addiction
Addiction of any kind is like a black hole, sucking in everything in its path of destruction, throwing family life off balance the stronger it gets, putting undue strain on relationships. Whether the addiction is to alcohol, drugs or, increasingly, pornography or social networking, the effect is the same.

Social networking
Social media like Facebook, Twitter and BBM is affecting privacy and family interaction more and more, as it blurs the lines between public and private domains. The nature of these media outlets encourages free-spirited posting, commenting and sharing of information, often thoughtlessly. Spouses who spend countless hours on social networks to the exclusion of valuable family interaction, create a disconnect that often cannot be repaired, and divorce follows. What is posted on social networking sites is not as private as many think, and Facebook flirting is cited as the cause of an increasing number of divorces. With a multitude of profiles just a click away, it has made it really easy for people to see if the grass is greener on the other side.

Infidelity
Infidelity/adultery, more commonly known as ‘cheating’, is near the top of the list of reasons for divorcing in South Africa. Adultery is defined as extramarital sex that wilfully and maliciously interferes with marriage relations, leading to the irretrievable breakdown of the marriage relationship. Infidelity undermines the root of the relationship, namely trust, and is a violation of the mutually agreed rules or boundaries that a couple assumes when they start their relationship.

Abuse
Abuse is one of the top reasons for divorce. Abuse occurs in all age groups, ethnic groups and class groups, and comes in a variety of forms, from physical abuse (domestic violence) to verbal, emotional, psychological and even financial abuse. It can include things like telling a child they are unwanted, name calling, ignoring, restricting a person to a room, monitoring phone calls, forcing a spouse into doing something that he/she is uncomfortable with and withholding finances. Abusers can be male or female and abuse can occur in heterosexual relationships, same-sex relationships and parent-child relationships. While women and children are the most victimised, men are also abused, especially verbally and emotionally, although sometimes physically too.

More women are killed by their current or ex–intimate male partner in South Africa than in any other country with a rate of 8.8 per 100 000 women. In a study of 1 229 married and cohabiting women, a prevalence of 31% intimate partner violence was found and a study on physical violence among South African men found that almost 28% reported perpetration of violence in their current or most recent partnership.

In South Africa, a woman is killed by domestic violence on average roughly every eight hours and the rate of intimate femicide, the killing of women by their partners, is five times higher than the global average. Violence by an intimate partner has been linked to many immediate and long-term health outcomes, including physical injury, gastrointestinal disorders, chronic pain syndromes, depression and suicidal behaviour. In South Africa we have a National Register for Sex Offenders (NRSO), did the time not arrive to implement a National Register of Domestic Violence Offenders?
What we need is a "Social Credit Report". Just as financial institutions document the way you repay your debts. A domestic violence register is a free, public, searchable database of individuals convicted of domestic violence-related crimes which can allow individuals to research potential partners to ensure they do not have a history of domestic violence, and may let survivors of domestic violence know where their abuser is. To document the negative, abusive, predatory or harassive acts that others have been convicted of may serve as a "social credit report" which could save lives.

Advocates for shared-parenting argue that children are better served when they can spend equal amounts of time with both parents and that a father is equal to a mother. They oppose the granting of custody (care and contact) to one parent, except in cases where there's a history of abuse or substance abuse. Opponents say that there need to be more flexibility to determine custody arrangements that are in the best interest of children.

A new study of Wisconsin Court Records, in the USA, published in Demography shows that from 1988 to 2008, the percentage of mothers who were awarded sole custody of their kids plummeted from 80% to 42%, but that was accompanied by a steep rise in joint custody arrangements. 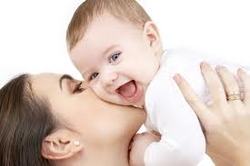 The new Maintenance Amendment Bill when enacted by Parliament introduces stiffer penalties for maintenance defaulters and tracking evasive offenders through their mobile phone service providers. The Bill proposes to increase the penalty for failure to pay maintenance from a maximum of one year in prison to three years. It further proposes to increase penalties for the wilful interruption of a maintenance enquiry from six months’ imprisonment to one year. Third parties that have been ordered to pay over money will also not be spared. The Bill proposes an increase in penalties for a third party to pay money in terms of an emolument attachment order from a maximum of six months’ imprisonment to two years’ imprisonment. The proposed penalties for maintenance payers who fail to give notice of a change of address of employment or residence has increased from a maximum of six months’ imprisonment to one year. When the address of an offender is unknown, the Bill aims to place an obligation on mobile operators to provide maintenance courts with the contact details of would-be respondents and maintenance defaulters. The Bill also provides that if the court is satisfied that all reasonable efforts to locate the defaulter or would-be respondent have proved fruitless, the court may issue a directive in the prescribed manner directing electronic communications service providers to furnish the court with the information.