Can a Trust protect my assets in a divorce? 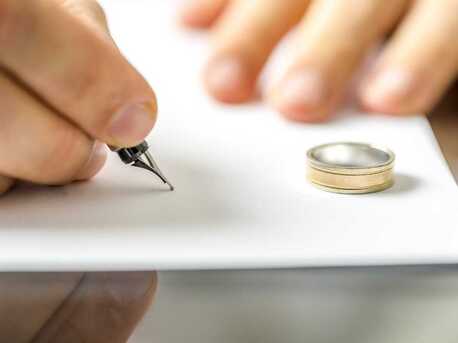 ​The principal understanding of a South African trust is that there must at all times be a separation of ownership or control of trust assets, from enjoyment of trust benefits, this concept was established in the Supreme Court of Appeal case of Landbank v Parker 2005 (2) SA 77 (SCA). This principle is reinforced by section 12 of the Trust Property Control Act, No. 11 of 2018 which states that “Trust property shall not form part of the personal estate of the trustee except in so far as he as the trust beneficiary is entitled to the trust property.”

These days trust forms are progressively abused particularly in family trusts and business trusts where trustees are also beneficiaries. On many occasions our courts had to deal  with the principal of a separation of ownership and control of trust assets where the trust was nothing but the “alter ego” of a trustee or trust founder which justified a court “going behind” the trust form or “piercing the veil” of the trust.

One needs to distinguish between “sham” and “abuse” scenarios when it comes to the administration of trust assets.  Abuse happens because of lack of adherence to the main duties of a trustee, i.e that:

In the case of Badenhorst v Badenhorst 2006 (2) SA 255 (SCA) the Supreme Court of Appeal (SCA) dealt with the question whether trust assets could be taken into account for the purposes of a redistribution order in terms of section 7(3) of the Divorce Act 70 of 1979. In this case the parties were married prior to 1 November 1984 out of community of property. This case was a classic instance where one of the spouses had full control of the assets of the trust and used the trust as a vehicle for his business activities. The trust in this case was founded by the husband's father and the husband and his brother were co-trustees of the trust. Notwithstanding the fact that both were trustees there was a clause in the trust that gave the husband the power to dismiss his brother at any time as a trustee. Furthermore, the trust deed stated that the trustees had carte blanche to deal with the trust assets as they deemed fit. The facts of the case were that the husband rarely, if ever consulted with his co-trustee, income that should have been paid to the trust (as a shareholder) was paid to the husband personally, property owned by the husband was financed by the trust and trust property was described as personal property for purposes of credit applications.

The SCA relied heavily on the control test. To succeed in a claim that trust assets be included in the estate of one of the parties to a marriage there needs to be evidence  that  such  party  controlled  the  trust  and but for the trust would have acquired and owned the assets in his own name. The court stated that control had to be de facto and not necessarily de iure.” To determine whether a party has such control the court looked at:

In Badenhorst the SCA confirmed that the value of the assets of a trust could be taken into account for the purposes of a redistribution of assets order (in terms of s 7(3) to (6) of the Divorce Act. This was due to the fact ‘the terms of the trust deed’ as well as ‘the evidence of how the affairs of the trust were conducted during the marriage’ demonstrated that the respondent had de facto ‘controlled the trust and but for the trust would have acquired and owned the [trust’s] assets in his own name’.

As stated above the husband had had ‘full control of the trust’ and, in so doing, had ‘paid scant regard to the difference between trust assets and his own assets’. He had, consequently, disregarded the ‘core idea’ of the trust, which is to preserve a separation between the control (qua trustee) of trust property and the enjoyment of the benefits derived from such control (Landbank v Parker). In brief, the application of the ‘control test’ demonstrated that the husband had abused the trust by utilizing it as his alter ego.

Unfortunately, the Badenhorst case created confusion. Was the court piercing the trust veil of exercising its discretion in terms of section 7 of the Divorce Act.

After the Badenhorst case there was a conflicting decision in the Western Cape High court in the matter of Van Zyl v Kaye 2014 (4) SA 452 (WCC). In this case the judge remarked “I am not aware of any matter in which a South African court has yet ‘pierced the veneer’ of a trust …  Badenhorst did not entail any disregard of the trust involved in that case …” In essence: Badenhorst “went to the application of section 7(3) – (5) of the Divorce Act, instead than to any remedy for abuse of the trust form.”

An opposite view was in the case of RP v DP 2014 (6) SA 243 (ECP).  The court was of the view in this case that “[T]he power of piercing either the corporate or the trust veil is derived from common law and not from any general discretion a court may have. It is a function quite separate from … making a redistribution order under s 7 of the Divorce Act 70 of 1979 … and must not be confused or conflated with such power.” Badenhorst consequently concerned a piercing because “[t]he only way the personal assets of a trustee can include what is notionally regarded as trust assets is by lifting or piercing the trust veil and finding that the trust is indeed the alter ego of the trustee …”.

The next significant development was the SCA’s judgment in WT and Others v KT 2015 (3) SA 574 (SCA). Even though this case dealt with a marriage in community of property, the court dealt two implicit, and yet definite, blows to the probability of trust assets being perceived in the accrual framework. The very first, was the court’s finding that an essential distinguishing feature between a marriage in community of property and the Badenhorst case was the absence of a ‘comparable discretion as envisaged in section 7(3) of the Divorce Act, to incorporate the assets of a third party in the joint estate’ (at para 35 of the WT matter). Academic commentators at the time correctly came to the conclusion that this finding by implication stretched to accrual claims and thus supported the perspective in the case of MM and Others v JM 2014 (4) SA 384 (KZP).

The effect of the WT case was that even if a trust is shown to be the trustee-spouse’s alter ego, the value of trust assets can only be taken into account if marriage falls within redistribution competency in sectio 7(3). The problem of this effect is that it permits “divorce planning” and allow a trustee-spouse to “insulate” trust assets while simultaneously abusing the trust. This approach does not gel with trust law and allows a spouse to evade obligations imposed by matrimonial property law at divorce.

In the matter of REM v VM 2017 3 SA 371 (SCA) the SCA had to deal with a similar issue. In the REM case, the court had to answer the question whether or not the assets of specific trusts properly formed part of the assets of the trusts and not part of the husband's estate and, for that reason, not falling under the accrual system. The court, for that reason, had to decide whether or not the trusts in question were merely “alter egos” of the husband. Although the court did not find the trusts to be merely “alter egos” of the husband, there are very significant repercussions that come about considering this decision.

The court recognized an “equitable remedy” in the form of piercing the veil of an “alter ego” trust which is approached flexibly in order to remedy an abuse of the trust form in particular circumstances. The court mentioned that this remedy will usually find application where the trust has been utilized for dishonest objectives or in an unconscionable fashion in order to avoid liabilities or avoid commitments that the founder would otherwise have.

In REM the found that it is possible to “go behind” the trust if the aggrieved spouse can comply with the following test, specifically demonstrating that the other spouse:

“transferred personal assets to [the trust] and dealt with them as if they were assets of [the trust] with the fraudulent or dishonest purpose of avoiding his obligation to properly account to the [aggrieved spouse] for the accrual of his estate and thereby evade payment of what was due to the respondent, in accordance with her accrual claim.”

Prof Bradley Smith contends that if this “test” is complied with' a declaration could then be made that trust assets are to be incorporated in computing the accrual, and to satisfy any personal liability of that spouse to make payment to the other spouse. He is of the view that the WT case pertaining to locus standi of a spouse who is neither a trust beneficiary nor a third party who contracted with the trust was wrong because a breach of “fiduciary duty” is not decisive. What is decisive he argues is that the trust was unconscionably abused to evade an obligation owed to third party or a spouse.

What are the implications of new legal position?

In MM v JM 2014 4 SA 384 (KZP) it was ruled that the Matrimonial Property Act (MPA) does not allow a court to make a judgment based on what it feels to be just vs RP v DP 2014 6 SA 243 (ECP) where the court found that piercing may take place in an accrual context, because the court is exercising a power derived from common law.

REM seems to support view in RP v DP in that piercing the trust veil is a power that is derived from common law and exists independently of Divorce Act or the Matrimonial Properties Act.

In the midst of all of this there are two processes involved:

Prof Smith is of the view that the judgment in REM is leading us to conclude that:

There is adequate room for a divorce court to conduct an in-depth factual investigation to assess the “true” accrual (see e.g., YB v SB 2016 1 SA 47 (WCC)); and the Matrimonial Properties Act should be interpreted in line with the purpose of the Act namely to facilitate legal and economic equality between spouses.

This purpose according to him is undermined if a trust is abused to conceal the true value of the accrual. He argues further that the common law power can therefore co-exists with the Matrimonial Properties Act.

As a result of the above one will be able to argue that the value of trust assets may be added to a spouse’s accrual in appropriate cases:

In a recent case before the Western Cape High Court in the matter of LW v C W and Others [2020] ZAWCHC 86 the court was of the view that the trusts were plainly abused by the husband and the court acknowledged that the issue of going behind the trust form should be clearly distinguished from the issue whether a particular trust is a so-called scam.  The judge in this matter was of the view that in the case of a ‘sham’ trust, no valid trust had ever come into existence, typically since the required intention to form a trust was absent. On the other hand, the principle of “going behind the trust form” entails acknowledging that the trust exists but ignoring the ordinary consequences of its existence.  A Court’s willingness to ‘go behind the trust form’ in a particular instance seems to be closely linked to the notion of trust abuse. Dishonesty or unconscionability is not necessarily requirements before trustee conduct can be described as trust abuse.

It seems to be only a matter of time that the above principles be ventilated before the Constitutional Court.