DIVORCE - WHAT HAPPENS TO A SPOUSAL VISA OF A FOREIGN SPOUSE IN SOUTH AFRICA? 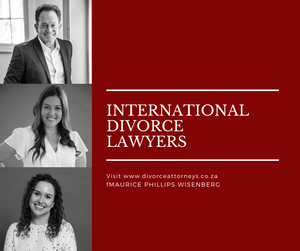 Whenever a foreign national lives in South Africa being a spouse, divorce may posses disastrous repercussions for the expat’s dreams of continued residence in South Africa.  However with a little cautious preparation, that should not often be the case.

Permanent residence under the spousal class is granted in terms of section 26(b) of the Immigration Act of 2002:

“A foreigner contemplated in section 26(b) of the Act who has been issued with a permanent residence permit shall, within the last six months of the second year following the issuing of that permit, avail himself or herself for an interview at any office of the Department.”

Whenever a divorce occurs, the default position of the Department of Home Affairs surfaces from section 43(a) of the South African Immigration Act (the Act) which states the following:

The last clause of this section is vital:

“ that status shall expire upon the violation of those terms and conditions.”

In practice this means that that where the expat has a one of many visas that connects and restricts their temporary residence to being in South Africa in order to “accompany” his or her husband or wife, that visa will certainly “lapse” on the date of the divorce.

The above applies regardless of whether or not the other spouse to the broken marriage is a South African or is an expat himself/herself, whom is here, for instance, on a work visa or study visa, etc.

A problem that may occur is when a husband for example abuses his wife and given that South Africa has a no-fault divorce regime. This may leave the abused expat spouse dealing with the terrible dillemma of both being extradited from the country or being driven to go back to the abusive relationship.

What is the situation where an expatriate is residing in South Africa as a permanent resident which status was awarded on the foundation of him/her being the husband or wife of a South African citizen which in this setting includes another person with permanent residence status.  Everything will depend on the conditions which have been documented on the Permanent Residency Permit.

What can be done  presuming that the expat spouse considers that he/she needs to remain in SA?

The least complicated situation usually comes about where the husband and wife have not yet divorced and the expat is on a valid temporary residence spousal visa.  In this case, the expat needs to apply urgently to alter the status of their spousal visa to whatever other category of the visa that they require and might qualify for. Based on the expat’s circumstances, this visa application may possibly require that the expat first apply for a special dispensation from the Minister to allow the expat to meet the requirements of which ever visa, given their specific circumstances.

The Constitutional Court in the matter of Nandutu and Others v Minister of Home Affairs and Others [2019] ZACC 24 made it clear that the right to family life is not a coincidental result of human dignity, but instead a key ingredient of it. This judgment grappled with the connected relationship between human dignity and familial rights and how they function along with notions of state security and legislative regimes that seek to protect persons within the borders of the Republic of South Africa.

The applicants in this matter approached the Constitutional Court to vindicate the rights of foreign spouses and children who are required to leave South Africa in order to lodge applications to change their visa status under the Immigration Act. The Court referred to the legislative regime, that effectively left family members at the mercy of immigration authorities, and referred to the cases of Dawood v Minister of Home Affairs; Shalabi v Minister of Home Affairs; Thomas v Minister of Home Affairs [2000] ZACC 8; 2000 (3) SA 936 (CC) where it was found to be constitutionally invalid on account of the impact that it could have on married couples where one spouse may be required to leave South Africa pending an application for an immigration permit. The same approach may well be followed where one of the parties have to leave the Republic of South Africa as a consequence of the termination of a spousal visa caused by divorce.
contact a lawyer