What is Coercive Control?

​The primary outcome of coercive control is a condition of entrapment that can be hostage-like in the harms it inflicts on dignity, liberty, autonomy and personhood as well as to physical and psychological integrity.
— Evan Stark, PhD 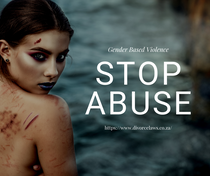 
The long term effects of this sort of abuse go further than individual episodes of interpersonal violence. Coercive and controlling abuse effects a survivor's sense of security, identity, autonomy and his or her attachments to others. With no understanding this dynamic and its full impact, victims who have survived this specific type of trauma continue to be detached by the complexness of their experiences and their needs for healing are misinterpreted and unmet.

This perspective is globally pervasive and dangerous on multiple levels. When victims escape their terror, they experience further psychological isolation, where the true harm of their experience is not recognized and society, as a whole, is left unprotected from predatory and authoritarian control.

The “primary consequence of coercive control is a condition of entrapment that can be hostage-like in the harms it inflicts on self-esteem, freedom, independence and person hood as well as to physical and psychological integrity”. Affected individuals may fear ‘staying’ in the relationship but feel not able to leave due to the entrapment that they encounter, even when they report no physical violence.

Domestic and family violence is a persistent and frequently lethal problem that concerns society at every level. Violence in families is often undetectable from view and affects its victims physically, emotionally, spiritually and financially. It threatens the stableness of the family and adversely impacts on all family members, particularly the children who learn from it that violence is an appropriate way to deal with stress or issues or to gain control over another person. It infringes our communities’ safety, health, welfare, and economies by emptying billions yearly in social costs such as medical costs, psychological problems, lost productivity and intergenerational violence.

In the case of S v Engelbrecht 2005 (2) SACR 41 (W), Satchwell J considered the complexities of domestic violence as follows and referred to Coercive Control: