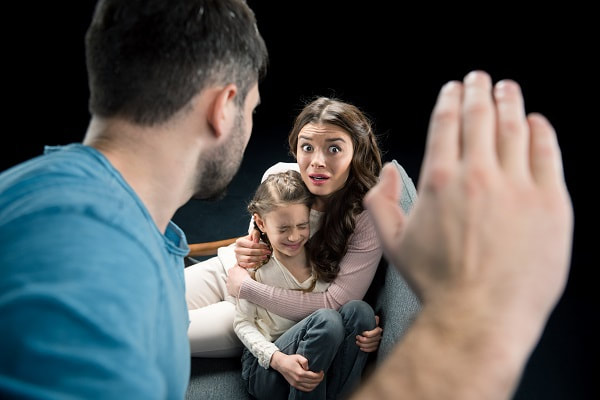 ​Operating from home in a white-collar job is easier; workers with salaries and benefits will be better protected; self-isolation is less taxing in a spacious house than a cramped apartment. But one of the most stunning effects of the coronavirus will be to send many couples back to the 1950s. Around the world, women’s independence will be a silent victim of the pandemic. Over the world, as towns and cities have gone into lockdown to prevent the spread of coronavirus, the mass initiatives to save lives have put one particular vulnerable group more at risk.

When people try to be cheerful about social distancing and working from home, noting that William Shakespeare and Isaac Newton did some of their best work while England was ravaged by the plague, there is an obvious response: Neither of them had child-care responsibilities.

Women and children who are living with domestic violence have absolutely no escape from their abusers during the course of quarantine, and in other countries there are already an alarming rise in abuse.

Being restricted to home because of coronavirus is hard for everybody, but it ends up being a real nightmare for female victims of gender-based violence. The spaces in safe houses for women are tight even during normal times.

In Hubei province, the center of the initial coronavirus breakout, domestic violence reports to police more than tripled in one county alone during the lockdown. The crisis has had a large effect on domestic violence, 90% of the causes of violence were related to the Covid-19 pandemic.

In Italy activists said telephone calls to helplines had fallen dramatically, but on the other hand they were receiving desperate text messages and emails. In Spain – where lockdown rules are very strict, and numerous people are being fined for breaking them – the government has informed women they will not be fined if they leave home to report abuse. But on 19 March, the country saw the first domestic violence fatality after the lockdown started five days previously, when a woman was murdered by her husband in front of their children in the coastal province of Valencia, according to the Guardian newspaper.

The occurrence and extent of domestic abuse will probably rise while South Africans remain home for weeks during the corona virus epidemic. Domestic violence cases increase in times of chronic stress and disruption, just like financial crises and natural disasters.
But most South Africans have never lived during something quite like the corona virus pandemic. The additional stress that a family experiences, produces an increased risk for escalation on the part of a person who's abusive. This might be the reason for a total lock down on alcohol sales. With a restriction in movement it is difficult for survivors to up and leave their abuser especially now. This particular situation with Covid-19 is so uncommon simply because it actually challenges all of us to think out of the 'just leave' box".
Children's risk of abuse is increased. Many of the options that battered women and their children make use of as safety valves to get away from violence are no longer readily available.

The social ties they depend on for relief are cut off. Teachers, coaches and family outside the home environment who may have reported the abuse are not with them every day anymore.

A lot of young adults who have been subjected to violence at home frequently find close friends, family members and educators who are supportive of them. It assists to cushion the impact of what is going on at home. However, all of that is absent. Coronavirus-related child abuse has previously been reported in the United States. In Texas, a children's hospital stated that it treated six serious child abuse cases in the span of a week.

Even in families in which conflict has never intensified to violence, children are nowadays at a higher risk of physical abuse mainly because of additional triggers like unemployment. In many cases, it is no longer possible for victims to meet with social workers, and lots of women's shelters may be full. Men and women with abusive partners do not reach out for assistance up until the holidays are usually over.

The greater threat to women and children is a predictable side effect of the coronavirus lockdowns. Increased abuse is a pattern recurring in lots of emergencies, whether conflict, economic crisis or during the course of disease outbreaks. What is worrying is just as levels of violence are on the rise, the availability of services and the capability of women to access these services will decrease. The reality is that it is difficult that victims of intimate partner violence can get away from the home. Nevertheless, that does not mean that there is nothing people can do.

Police statistics on domestic violence in this country are limited, but 15 609 murders and 64 500 reported rapes in 2011 to 2012 suggest massive levels of violence in our homes. Household surveys by the South African Medical Research Council (MRC) have found that 40% of men have hit their partners and one in four men has raped a woman. Three-quarters of men who admit to having raped women say they did so first as teenagers. And, while a quarter of the country’s women has been raped, just 2% of those raped by a partner reported the incident to police.

There is some good news. According to the Chief Justice’s directives dated 24 March 2020 urgent matters relating to urgent maintenance, domestic violence related matters and cases involving children may still be brought before our courts during the lockdown period.