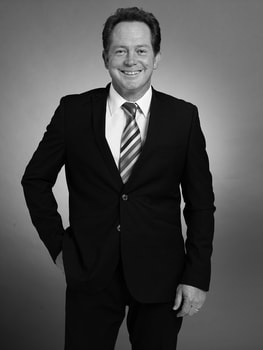 Whether your divorce is a contested or an uncontested divorce all financial information of the spouses need to be disclosed. It is impossible to come to a fair division of assets or to determine the accrual in a divorce estate without such disclosure. No attorney can advise a client properly if all assets and liabilities have not been disclosed. This would entail a comprehensive discovery of relevant documentation, which includes documentation in respect of the nature and extent of assets which form part of both parties’ estates, as well as liabilities.

In contested divorce proceedings, the procedure for discovery is regulated by rule 35 of the Uniform Rules of Court, and in terms of rule 35(4) a document or tape recording which was not properly discovered, may not be used for any purpose at the trial by the party who was obliged to discover such a document but failed to disclose it, unless the court grants leave thereto on such terms as it may deem fit. Rule 35(4) further requires that the other party may use such a document or tape recording, notwithstanding the fact that it was not discovered. It therefore follows from the provisions of rule 35(4) that the process of discovery is of utmost importance in any divorce, and failure to discover properly may cause severe embarrassment at the least and at the worst may lead to the dismissal of a claim.

Documentation that needs to be disclosed

It is obvious that any documentation regarding proof of earnings would be relevant where there are claims for maintenance. Where a party is self-employed, any adequate proof of such a party's income must be disclosed. For instance, financial statements in respect of a private company with limited liability or a close corporation would have to be disclosed if the party conducts business through such an entity. Returns of income rendered to the South African Revenue Service, proof of earnings supplied to financial institutions in order to obtain credit, and statements of assets and liabilities supplied to financial institutions in order to obtain credit would also be of relevance.

All bank statements in respect of any financial institution where a party conducts a banking account must be disclosed. This would enable the other party to verify the inflow of funds into such an account, and the modus of utilising the funds by the account holder. If a party conducts an account under an alias or through a nominee, such account would still be under the control of the party and would therefore have to be disclosed. Accounts in respect of credit cards are highly relevant in that same might reflect on the spending capacity of a party, or would expose "hidden income" paid into such accounts. Where a party conducts business through a close corporation or private company with a limited liability, the bank statements in respect of accounts operated by such a company or close corporation would also be relevant, in the light of the fact that the party involved would in all probability have signing powers on the account, be able to operate on the account, and normally conducts such an account as if it was his own account.

A self-employed person is obliged to render yearly financial statements to the SARS, and same will be relevant to determine such a person's financial means and obligations, as well as the nature and extent of his assets and liabilities in the light of the fact that the SARS requires a statement of assets and liabilities as well. It may be necessary to discover financial statements for the duration of a marriage, inter alia, to prove the extent of the accrual of a party's estate or to illustrate the nature and extent of the increase of a party's estate as a result of direct. The same applies to private companies with a limited liability and close corporations as well as partnerships in which a party to a divorce action may have a direct or indirect interest. If the source documentation in respect of financial statements are available, it must be disclosed. Financial statements further assist in determining the value of shares, membership interests, or loan accounts in entities such as close corporations, companies with a limited liability and partnerships.

The right, title or interest which a party may have in an insurance policy forms part of the party's "financial means". The surrender value of policies as on date of divorce are included in determining the nett value of a party's estate as on date of divorce. The relevant financial documentation in this regard, which would normally be in the form of a document emanating from the insurance company indicating the particulars regarding the policy and the surrender value of the policy, should be disclosed. In terms of the Divorce Act 70 of 1979, the pension interest of a party shall be deemed to be part of his assets in determining the patrimonial benefits to which a party in a divorce action may be entitled. "Pension interest" in the Divorce Act is defined as the benefits to which a member to the pension fund would have been entitled to in terms of the rules of the fund if his membership of the fund would have been terminated on the date of the divorce, and in the event of the party being a member of a retirement annuity fund which was bona fide established for the purpose of providing life annuities for the members of the fund, the total amount of that party's contributions to the fund up to date of the divorce, together with a total amount of annual simple interest on those contributions up to that date. It therefore means that relevant financial documentation regarding the benefits to which a member of a pension fund would be entitled to on date of divorce, must be disclosed. In the event of a retirement annuity which falls under the proviso of "pension interest" in the aforesaid Act, documentation regarding the quantum of contributions by the party to such fund would have to be disclosed in order to determine the "pension interest".

If a party fails to disclose all relevant documentation in a contested divorce, the other party is entitled to apply the provisions of rule 35(3) of the Uniform Rules of Court if such a party believes there are, in addition to documents or tape recordings disclosed in the discovery affidavit, other documents (including copies thereof) or tape recordings which may be relevant to any matter in question in the possession of any party thereto, and which notice in terms of rule 35(3) should also state that, if such documents are not in the possession of the party who is required to make further and better discovery to state their whereabouts if known to him. Rule 35(3) is a mighty weapon in a divorce action to obtain more information regarding the financial means and obligations of the other party.
CONTACT A FAMILY LAW ATTORNEY